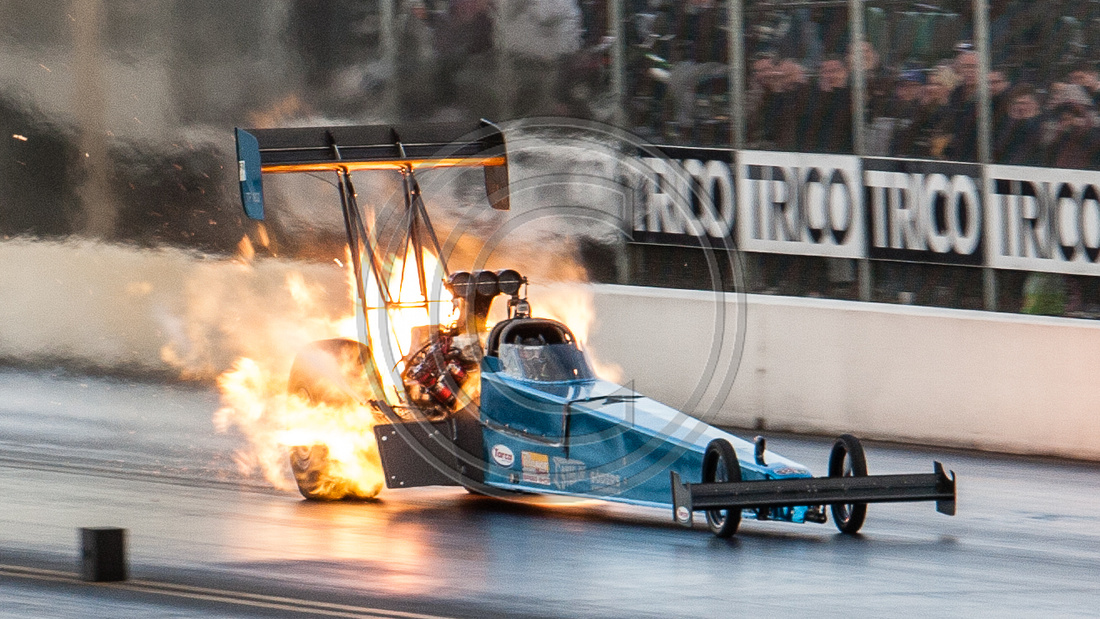 I think we can safely say that that is not supposed to happen, and I can assure you that the driver was just fine.  I took this picture at the FIA FIM European Drag Racing Finals at Santa Pod September 2015, it's just one of the many images in the latest collection I have added recently.  I do hope you like them!

I've been an avid fan of motor sports for as long as I can remember, predominantly motorbikes - British Super Bikes, World Super Bikes, MotoGP, 2 and 3 and of course Drag Racing.  F1 has featured in there too, but to be honest of late my interest has somewhat lapsed with the amount of changes and modifications those cars have gone through ..... and .... they're just too quiet!  Unlike Drag Racing.... when the Top Fuel Dragsters are running down that 1/4 mile strip you feel the ground shake!  You can't help but 'feel' that race and yes, you need ear-defenders!