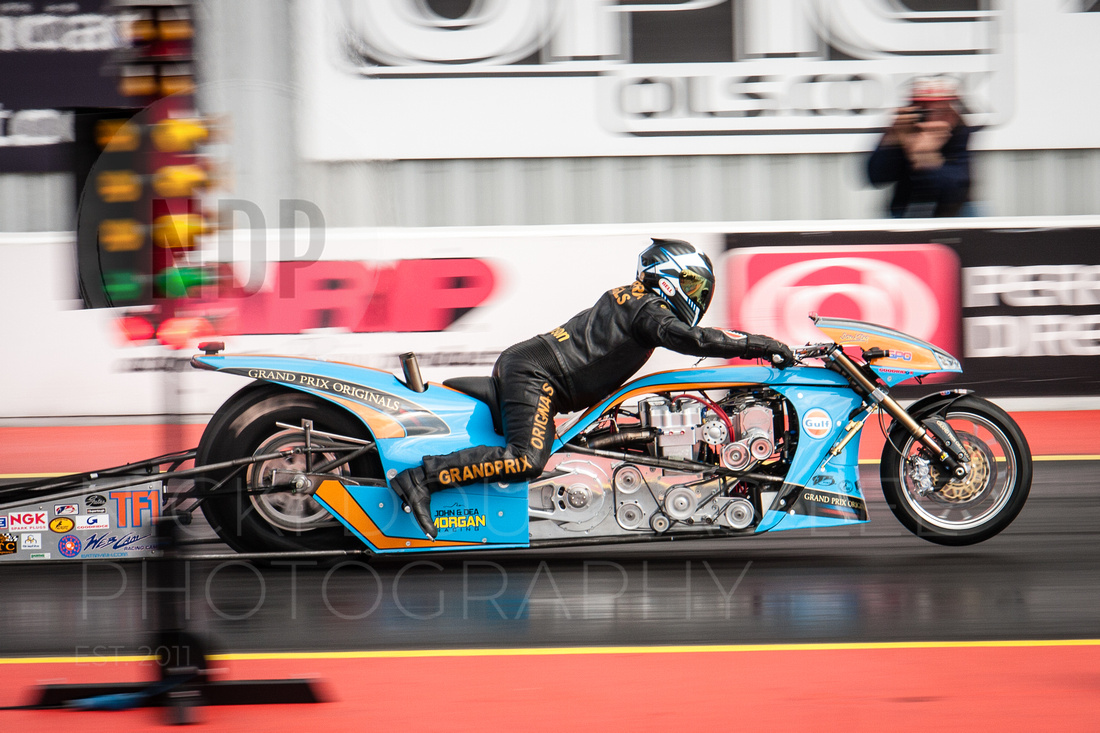 Let me introduce you to Ian King.  A quiet unassuming gentleman, where 'Joe Bloggs' on the street would probably walk straight past without a second glance.  However, for those of us who follow Drag Racing, Ian King, is one of the fastest men in the world, in the top 10!  A multi FIM European Drag Racing Champion and sponsored by Gulf Oil, Ian has travelled the world showcasing the world of Drag Racing Motor Sport.  During the recent FIA FIM European Drag Racing Championship, Ian and his team clocked up a fabulous PB of 5.81 seconds on the quarter mile strip at Santa Pod.  Putting it into mph, that is 233mph in a quarter mile and on TWO wheels!!  Now that is just crazy but also intoxicatingly exciting.  Over the years, I've been to and followed various classes of Motor Sport and Drag Racing is one I keep going back to, after all, nothing is as loud or as fast as this sport and as an added bonus you see the race from start to finish!