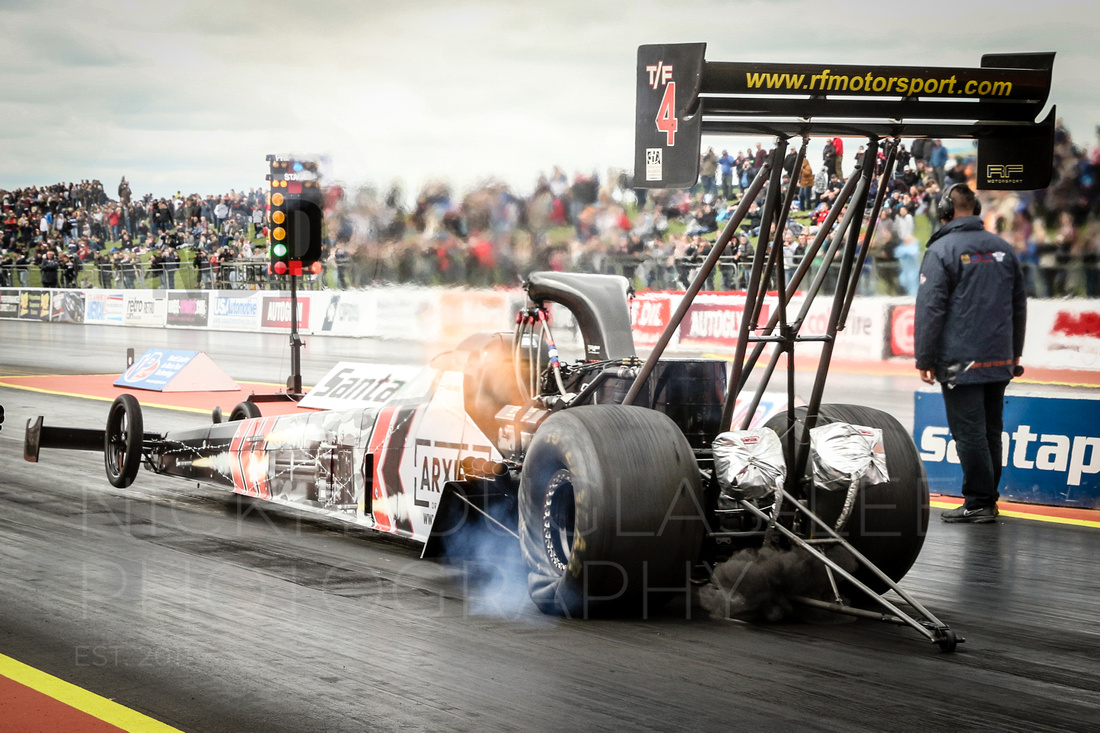 With only a matter of days to go before the FIA FIM European Drag Racing Championship is underway, I have the time to reflect on the challenge that lies before me.  After securing the Team Photographer position with British Top Fuel Team TFJ Motorsport earlier this year, initially the plan was to photograph the opening round at Santa Pod's Main Event, but things soon developed and before long I was signed up for the full FIA European season.  Starting and finishing at Santa Pod, the championship also attends tracks in Sweden, Finland and Germany.

The overall aim is to bring drag racing to the masses, to give you a visual insight to life on and around the track with Liam Jones and his team.  We have set up a Facebook page, TFJ Motorsport, to keep you updated during race weekends, technical information about the car and of course Q&A's with team members.  With regards my photography, it goes without saying that galleries will be published after each race meeting and one thing for sure, this is undoubtedly, going to be the fastest Summer!